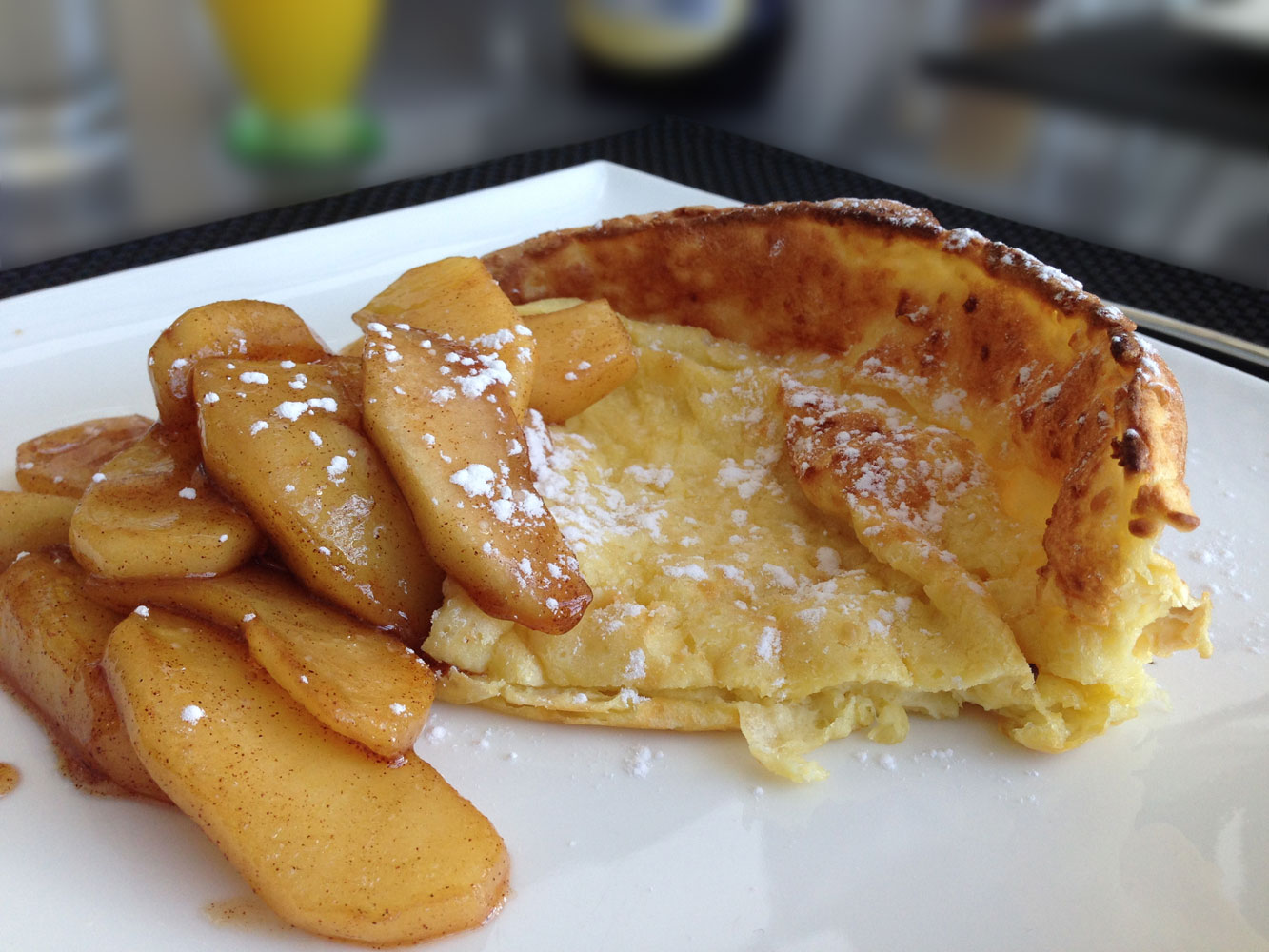 Slow down, relax and make this breakfast in your pyjamas while everyone else is still dozing this long weekend. The ingredients are simple, yet the result of a German pancake, glorious and puffy right out of the oven, is spectacular. 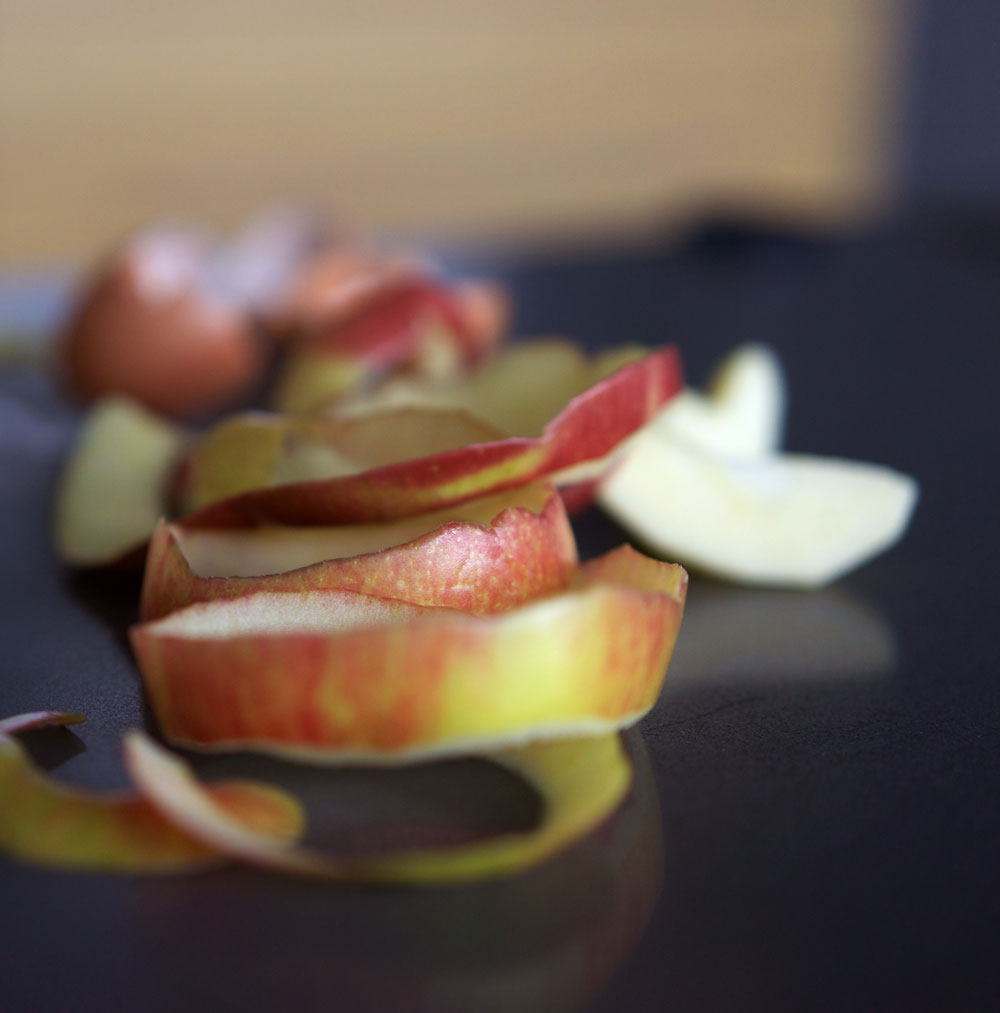 When I first started making this, every once in a while it would be disappointingly flat, and for the life of me I couldn’t figure out why. My husband was convinced it was the mixing, he thought for sure an electric mixer had to be used to add air to the batter. I tried that, but to no avail. Finally I figured it out. The key to puffy german pancake perfection is a really, really hot pan. So many recipes tell you to put the butter into your dish and heat it in the oven until the butter melts, but this is inadequate, your pan won’t be hot enough. And if you leave it in the oven too long with the butter, it will be scalded.

What I do is place an empty skillet into the oven right when I turn it on. That way I know the skillet will be at oven temperature (450°) when I’m ready to add the batter. Butter gets added while the skillet is searingly hot (the butter will sizzle and melt almost instantly when you add it to the pan—just like in the video below). Twirl the pan with the butter until it’s melted and add in the batter, and pop it into the oven. 15 minutes later, it will be three times the height, buttery, crisp and golden.

As for the pan, I use an old heavy skillet with the handle removed (as it wasn’t oven safe to 450° with the handle). An oven safe skillet (please ensure that it can withstand up to 450°), cast iron pan or glass pie baking dish will work just fine as well. 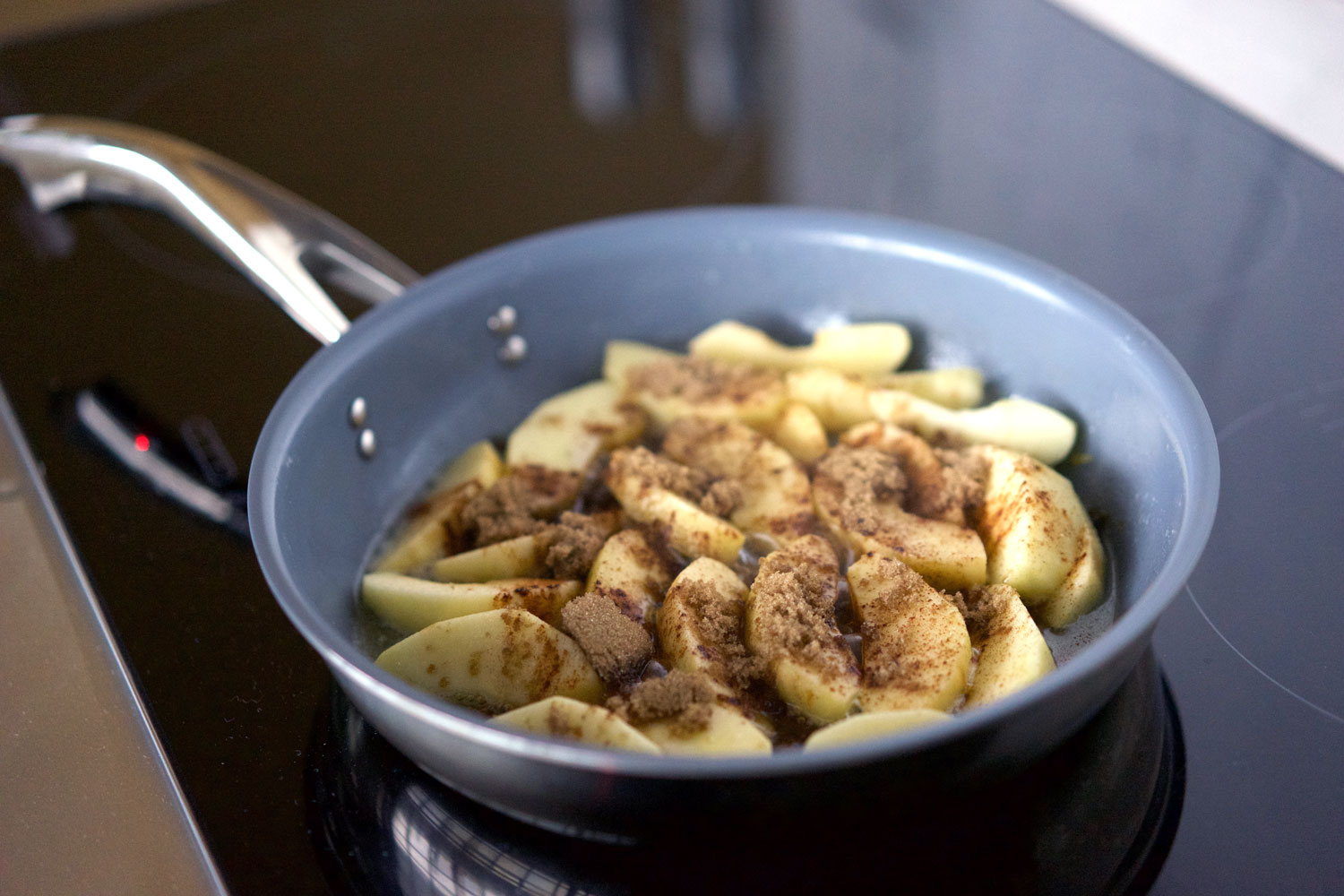 While the batter is transforming in the oven, melt some more butter in a medium skillet, add the slices apples, brown sugar and cinnamon. Cook for 12–15 minutes until the apples are soft and the sugar has caramelized a little. And that’s it—serve with a dusting of icing sugar and maple syrup, drizzled with the apple juices from the pan. What better way to spend a lazy weekend morning?

The ingredients are simple, yet the result of a German pancake, glorious and puffy right out of the oven, is spectacular. Cinnamon apples pan seared on the stove while the pancake bakes are the perfect accompaniment.